Here’s a time when Japan and other parts of the world are facing and fighting earthquakes. And then in the midst of it, we have a stupid Muslim cleric who has given an outrageous statement.

According to Indiatimes, during a press conference, Jamiat Ulema-e-Islami Fazl (JUI-F) Chief Maulana Fazlur Rehman asked the Pakistani armed forces to launch a military operation against women wearing jeans all over Pakistan. He believes that such women are immodest and that they are the cause earthquakes, inflation and other disasters! 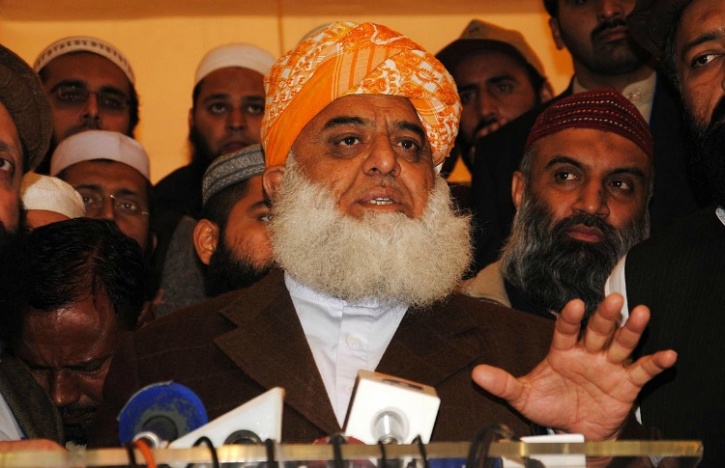 As if this wasn’t outrageous enough, he continued saying that a woman who is not covered like a ‘sack of flour’ is a mobile weapon of mass destruction for her state and also that Pakistan has multitude of such nuclear missiles in all its major cities.

Here’s the best part – he blamed ‘immodest women’ for the Baluchistan crisis, lack of energy supply and the deteriorating security situation in Pakistan.

We have nothing, but massive respect for this gentleman.

News and Image sourced from Indiatimes